Translated from the French by Chris Sharp

The Forbidden Conjunction is a kind of introduction to skateboarding. Using the tools set up by Roger Caillois in his essay Man, Play and Games (1961), Raphaël Zarka attempted to describe skateboarding by trying to define its place among the diversity of games and ways of playing. In a second step, he couples the categories of games. Of the six possible conjunctions, two seem fundamental to him, two are contingent and two antinomic. The fact that one of the two “forbidden conjunctions” best characterizes skateboarding (and more generally so-called board sports) seems to indicate that games and ways of playing, just like artistic practices, have considerably expanded and become more complex over the last fifty years. In a position not unlike the interest in popular cultures of artists such as Dan Graham or Robert Smithson, Raphaël Zarka has been documenting and writing about skateboarding for several years: published for the first time in 2003, The Forbidden Conjunction is his first text on the subject. Here he defines the specificities of this practice while describing the special relationship it has with the city and some of its spaces. 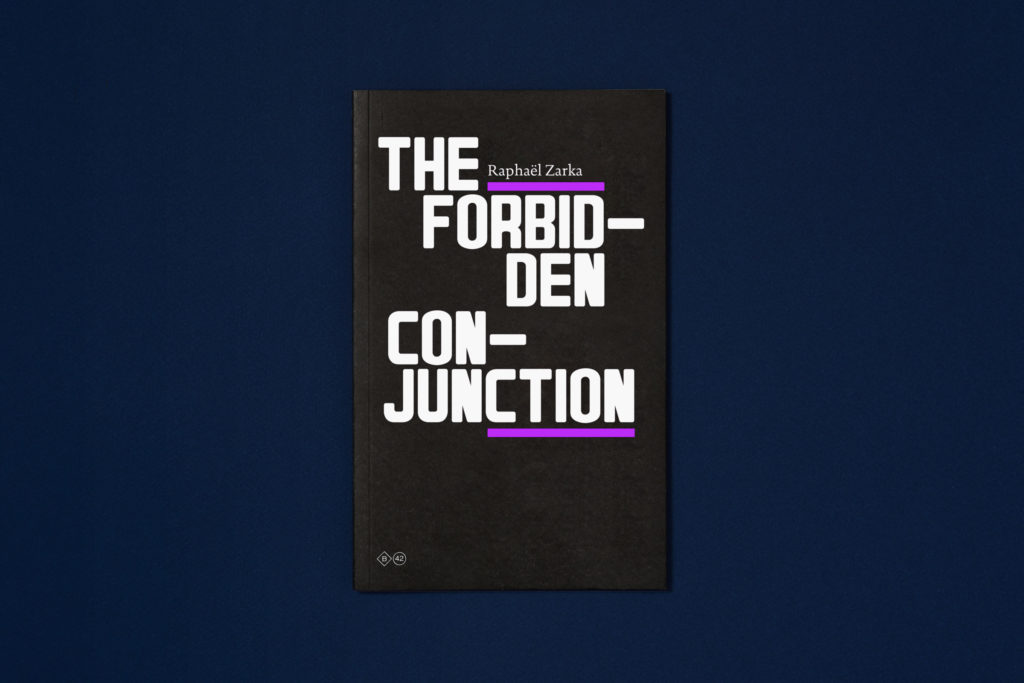